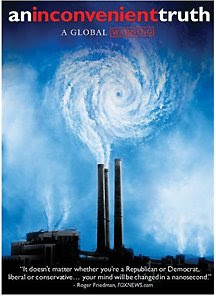 Well, at Plum Village, I've been a little isolated from world events. On the Underground in London I saw a newspaper talking about Al Gore's Nobel Peace Prize. What great news both for us and the planet. Maybe this will help people see the inter-connection between how we treat the planet and how we treat each other. And see his movie!

Well, it was a little confusing this morning. Those of us needing a ride to the train station didn't quite know who was taking us or when. But it all worked out and we left around 8am. I got to say goodbye to Stephan but not Dominique. That was sad for me as he was such a good friend here at Plum Village. I wish them peace and happiness.

Even though my train ticket was for later in the day, Paddy convinced me to ride the train with him to Bordeaux. He said "What's the worst they could do? Throw us off the train?" The conductor barely looked at the ticket. That gave us some extra time to explore before our flights were to leave in the late afternoon.

Before we left the area of the station, we ran in to Jesse, one of the women from our discussion group yesterday in Lower Hamlet. It was kind of nice to see a familiar face.

Paddy had been here many years ago and had wanted to go see the Natural History Museum. So we got to walk through to the city center. He liked the museum because it was so quaint and so 'old fashion'. It was like stepping back in time for me, as it looked like the Kansas City Museum when I was a kid, oh so many years ago.

The fountains reminded me of Kansas City
We stopped for tea/coffee and a croissant and on the way back to the station, Paddy bought his wife a very nice gift. He told me she is an artist. After getting to know Paddy this last week, I sure bet she's a special lady. Paddy decided to stay in town a bit longer to get some lunch while I headed for the airport. I sure hope we can keep in touch.

And waiting for the airport shuttle, who should I meet, two more women from Plum Village. Margaret was going back to England and Laut was going back to Holland. We had a fun conversation on the hour-long bus ride to the airport. Margaret was involved for years with the TM movement and had first gotten involved with Tibetan Buddhism before she found Thich Naht Hanh as a teacher. Laut is a young mother of two. We kept each other company in the airport as we waited for our flights. It turns out that Margaret and I shared the the same flight back to London. A wonderful coincidence spending a little bit more time with others from Plum Village.

Basically the flight was a short one to London-Gatwick. I lost track of Margaret through passport control. I hope she makes it home safe and sound. My cousin Jeff had emailed directions to their home but I had forgotten to print it off. So, from the airport, I called his wife Teresa. The phone kept cutting out because I didn't know I needed to keep putting money in it. Cost me 4£.

Decided to take the shuttle to Heathrow and that would make it a short subway ride to Jeff and Teresa's. Already I could see how spoiled I've been these past months with so little expenses. But I think London was going to more than make up for it. The shuttle bus and underground ticket cost me 23£ (~50$). Ouch!

Teresa's directions made it easy to walk the five blocks from the tube stop 'Boston Manor' to their home. "Is the home for wayward Americans?" I asked as Jeff answered the door. It's so good to see him and Teresa. I'm the oldest grandchild and Jeff is the youngest, but were the traveling bookends of the cousins.

Jeff & Teresa's little ones: Nick & Fiona
Spent the rest of the evening trying to catch up with them, while eating a bit of dinner. Mmm, Mexican burritos.
Newer Post Older Post Home
The contents of this website are mine alone and do not reflect any position of the U.S. Government or the Peace Corps.